FTC Team 7182 Mechanical Paradox certainly had a fun, exciting, and eventful 2015-16 robotics season, to say the least, and we wanted to update you, our great supporters, to let you know everything that has happened and is happening in our little world of FTC robotics!
In spite of a somewhat rough day for our robot - burned out motors and malfunctioning systems - our team put out a great effort and our hard work was recognized anyway.  We were selected by Team 4218 Late Knights to be alliance partners in the semi-finals, and though we did not progress to the finals, we did our very best, and were happy for the opportunity to collaborate with another great, hard-working team.  And then, we were all smiling when it came time for the awards ceremony!  After all was said and done, Mechanical Paradox earned 3rd place for the PTC Design Award, 1st place for the Think Award (see photo of bubbling-over-with-joy team member Jolie, left below), and 3rd place for the prestigious Inspire Award. For these accomplishments, our team qualified for and will compete in the Maryland State Competition, Feb 21, 2016. 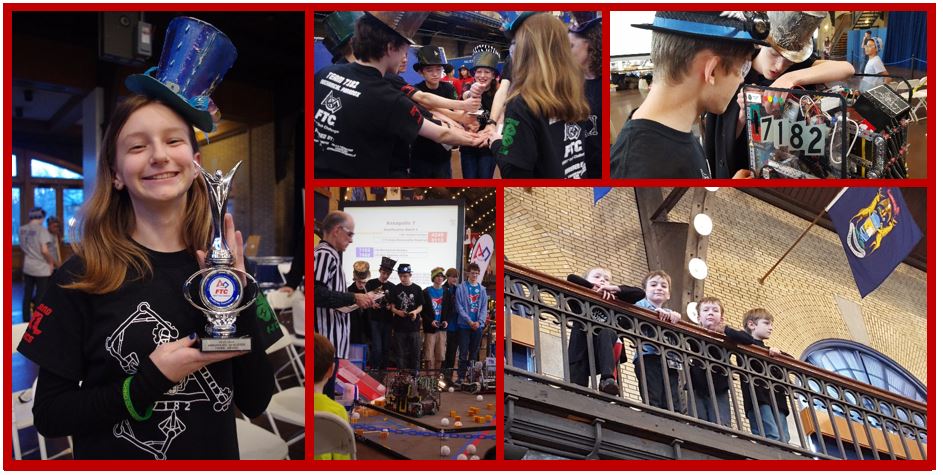 The Montgomery Qualifier on January 16, 2016  was exceptionally fun!  We were happy with the performance of the "new" robot, our consistent autonomous program (Thank you team member Luke!) and excited that we were keeping up and ranking well in the competition this time.  Spirits were high and excitement was in the air!  It was a wonderful day for the team!  At the end of the day, we were ranked #2 and so became an Alliance Captain, choosing our friends at  Team 5421 RM'd and Dangerous and Team 6417 Blu Cru as our alliance partners.  The teams worked together well, and though our robot had some wear-and-tear problems at the very end, our partners together ramped it up in the final match for an exciting victory!  Winning Alliance - Woo Hoo! Summary of accomplishments for the day:  Winning Alliance Team Captains, 3rd place Motivate Award, 2nd place Control Award, 2nd place Connect Award, and 1st place Think Award!

Our third and final qualifier was held Jan 30th, at the Bryn Mawr School in Baltimore, where we competed alongside fellow Horizons 4-H team 4318 Green Machine - Reloaded!  We were still using Robot v. 1.5 - she may not be the sturdiest bot we've seen, but she's done her job well...  We had a great time competing, ending up 6th in the rankings and were selected for an alliance in the semifinals.  Though we did not advance from there - we had a fun and exciting day, winning the 3rd Place Connect Award, and (for the third time in a row,) the 1st Place Think Award! We are very proud of our handwritten, detailed Engineering Notebook!  Interestingly though, the most enjoyable and rewarding parts of the day didn't necessarily result from our awards and accolades!  We had a fun time watching the emcee interview our mascot Steampunk Robot, and we were actually psyched when we got bumped down last minute in the rankings.  Why?  Because the team that bumped us was the rookie team that we have been mentoring this season, Team 10025 The Hunt Valley Foxes!!  While they didn't win the competition either, because of their high ranking they were also able to advance to the MD State Competition!
​ 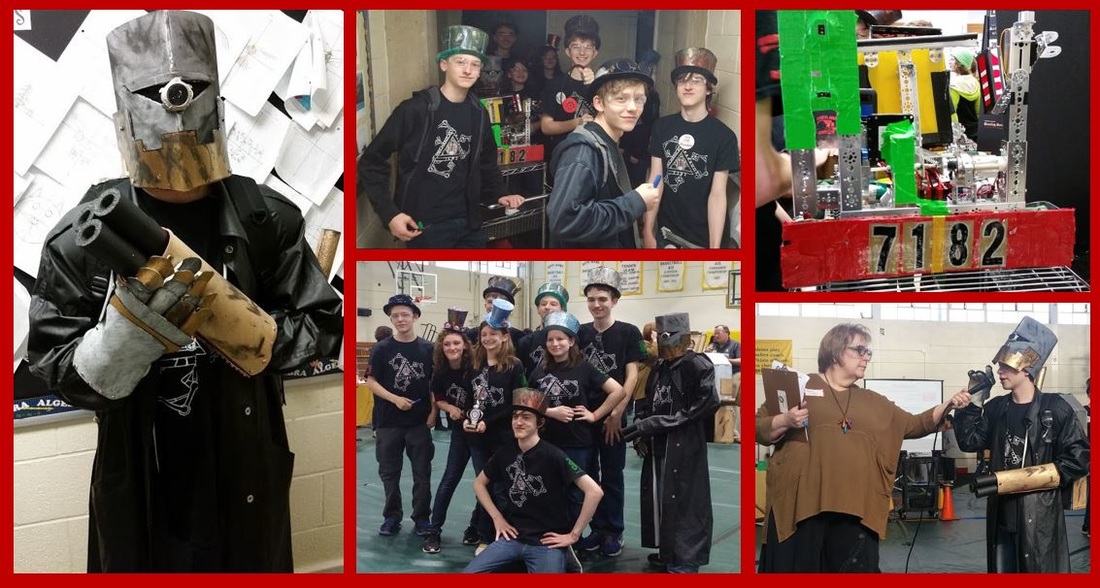 At the Maryland State Championships, on Feb 21, in Bethesda, MD, our robot 2.0 was looking good but, sadly, not performing as well as hoped.  While the robot did not place as we would have liked in the competition, our team was by no means discouraged, and we made an outstanding effort that really paid off.  Summary of the day: Goddard Division Finalist Alliance, 2nd place PTC Design Award, 2nd place Connect Award, 2nd place Think Award, and best of all, 1st place Inspire Award, the most prestigious of all FTC judged awards. 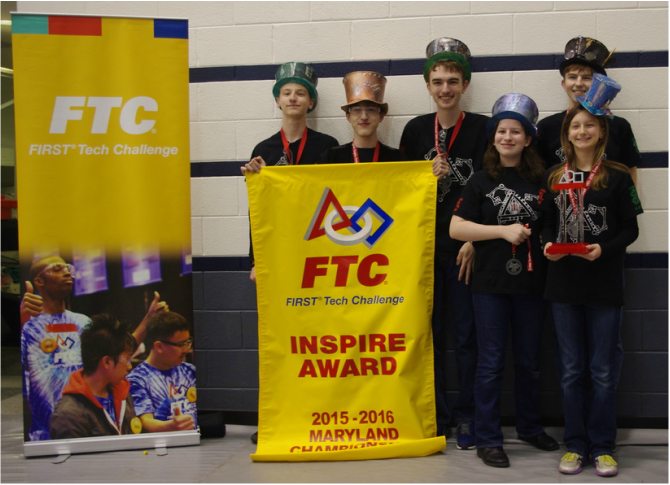 As Inspire award winners at a state level competition, our team advanced again to the next level - competing at the FTC East Super-Regional Championship, on March 19-2, in Scranton, PA.  The tournament was definitely exciting and our team worked hard, but unfortunately this was our stopping point for the season. While we were all a little deflated for a moment, we are by no means disheartened! We are really proud of what we have accomplished this season, and we are looking forward to making it even farther next year!  World Competition 2016-17, here we come!!!

The season is over, but the fun is just beginning!  Though competition for 2015-16 is officially over, we are already working hard planning and preparing for the next challenge!  We’d love to keep you updated on all we are doing to get ready for another fun, exciting, and educational FTC season (beginning this September.)  We’re very grateful for your support and encouragement.  Thanks again for your continued involvement, and we hope you will join us for the continuing adventure!
​ 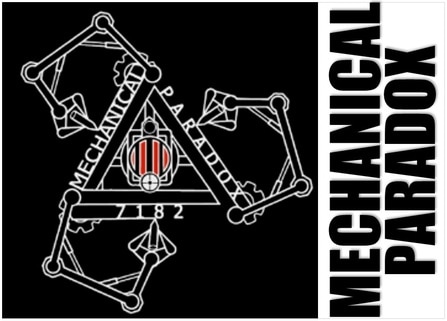